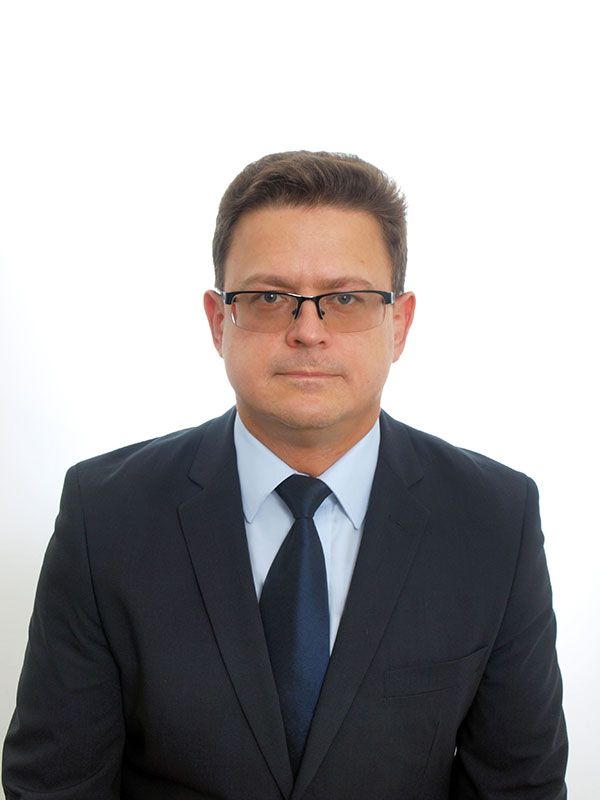 Main focuses of his scientific and practical activities are diagnostics and treatment of different injuries and diseases of locomotion system, as well as consequences thereof, inter alia: osteoarthritis of upper and lower limbs’ joint, rheumatoid arthritis, system lupus erythematosis and ankylosing spondylitis.

Mr. Babko has been awarded by the Certificate of Merit of the National Academy of Medical Sciences of Ukraine; in year 2005 he became a laureate of H.H. Reckeweg International Medical Award.

Trainings passed: AO courses in 2011, 2013, 2014; participated in international conferences and symposiums in matters of complex and revision joint replacement (certificates are provided below). 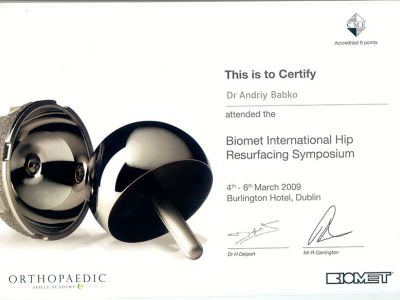 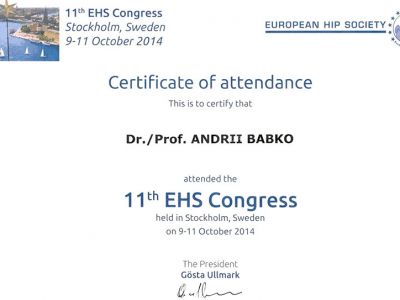 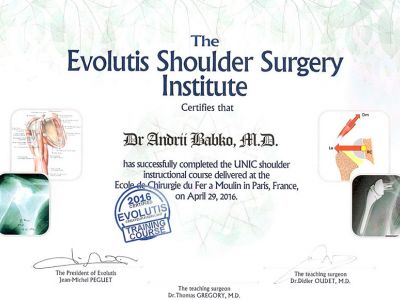 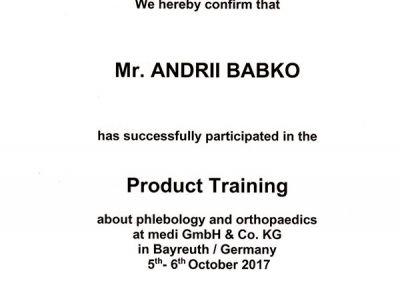 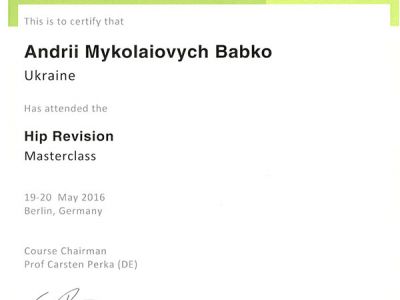 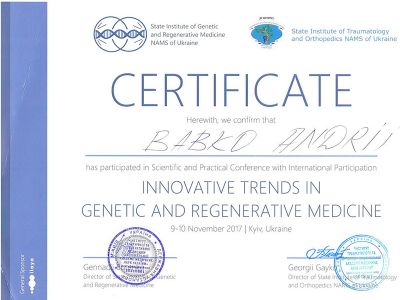 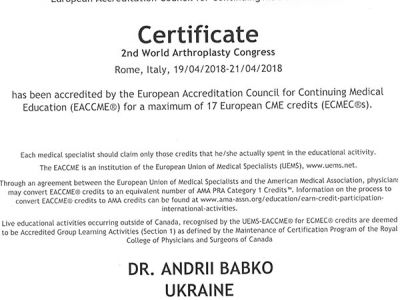 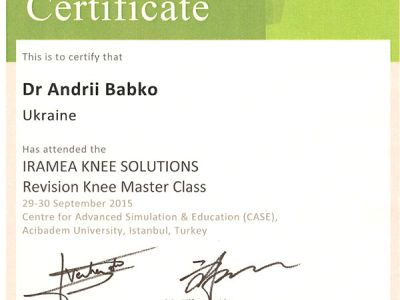