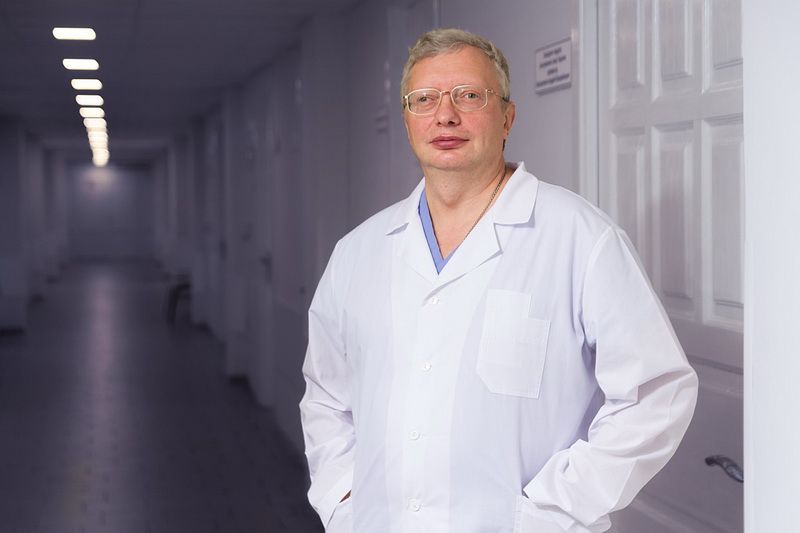 Wide range of publications by Andriy Valeriyovych in domestic and international media comprises of 270 scientific researches, including 3 monographs and 2 chapters in monographs jointly with other authors.

Kalashnikov Andriy Valeriyovych - chief of the Clinic №10: Department for Trauma Injuries of Locomotion System and Problems of Osteosynthesis

Kalashnikov Andriy Valeriyovych (date of birth – October 20, 1963; place of birth - Shestakovo village of Irkutsk Region, Russian Federation), orthopedist-traumatologist. Doctor of medical sciences since 2003, professor since 2010. Graduated from Vinnytsia Medical Institute in year 1987. Worked as a doctor. Since 1990 he is employed by the Institute of Traumatology and Orthopedics by NAMSU (Kyiv). Since 2001 headed the scientific, organization and methodology department. He is studying the problems of diagnostic and treatment of reparative osteogenesis disorders in long bones’ fractures, osteoporosis; organizational and clinical aspects of polytrauma; the matter of prosthetic treatment of joints, use of vitamin D and calcium preparations in orthopedics and traumatology.

Wide range of publications by Andriy Valeriyovych in domestic and international media comprises of 270 scientific works, including 3 monographs and 2 chapters of monographs written jointly with other authors. He publishes the annual statistic reference book analyzing conditions of orthopedic and traumatology aid to the people of Ukraine, if the author of 17 inventions. For his reasonable contribution into scientific and practical matters in the sphere of traumatology and orthopedics, and for training professional, A.V. Kalashnikov in year 2009 has been awarded by the honor title “The Honored Doctor of Ukraine”.

During the recent decade, Andriy Valeriyovych held a range of responsible public duties. He used to be a member of the Council in matters of state registration of medical devices by the State service of medicines and medical devices. Since 2010 he was the deputy chairperson of the scientific and expert board of the State Drug Inspection of Healthcare Ministry of Ukraine. Currently he carries out functions of the chief of clinical approbation group and chairperson of the expert committee of the SI “The ITO by NAMSU”, and since September 2015 he is a committee member at the institute for control of standards and metrological inspection.

Professor A.V. Kalashnikov cooperates fruitfully with professional institutions in other countries, where he studies new methods of treatment. He many times participated in international conferences, seminars and exhibitions, e.g. in Leipzig (Germany), several cities of Poland, in Bangkok (Thailand), India, Israel, Italy. In year 2012 he presented lectures at the 13th congress of ESTES in Basel (Switzerland), and in year 2013 – in Lyon (France) at the 14th congress, where his lecture has been included into top-30, and poster presentation – into top-12.

For dedicated work and personal contribution into development of healthcare, Kalashnikov Andriy has been awarded by the Certificate of Merit of the Healthcare Ministry of Ukraine, Commendation “Pan-Ukrainian Association of Orthopedists-Traumatologists” and by medal of Polish Society of orthopedists-traumatologists.