(Chief of the Department for Microsurgery and Reconstructive Surgery of Hand) 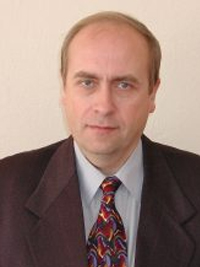 In year 2001 he received the grade of professor. Since 2003 and to the present time he occupies the position of Deputy Director of the Institute in charge of scientific work.

He is the author of over 250 scientific works, patents, books, manuals, methodic recommendations.