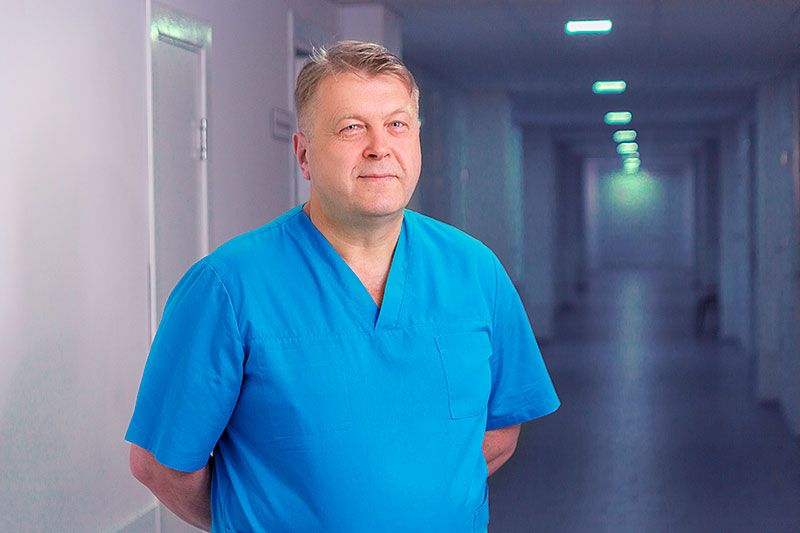 Since 2014 – doctor, orthopedist-traumatologist in Clinic № 10 Department for Trauma Injuries and Problems of Osteosynthesis.

Since year 1990 he has been employed by Kyiv municipal clinical hospital №7, The Center for Less-Invasive Surgery of Joints and worked as a doctor, orthopedist-traumatologist. Professional experience – over 30 years.

Since 1987 is has the highest qualification category in orthopedics and traumatology.

During the period of work, since year 1990, he mastered all basic types of methods for orthopedic and traumatology support of locomotion system:

Since year 1998 he is a member of the European Society of Sport Trauma, Knee Surgery and Arthroscopy. For several years he has been a senior physician of the female national football team of Ukraine.

In year 2010 he was appointed to the position of the Senior orthopedist-traumatologist of Lybidskyi TMD.

He used to work traumatology and orthopedic department of Kyiv municipal clinical hospital №7 since year 1990. Mr. Stavinskyi has been awarded by official gratitude and by Letter of Credentials by the KMCH №7.

Since 2015 he is the Senior scientific researcher at the Department of Trauma Injuries and Problems of Osteosynthesis of the SI “The Institute of Traumatology and Orthopedics by NAMS of Ukraine”.

He also attended multiple advanced coursed by the Medical Academy for Post-Graduate Training, among them: 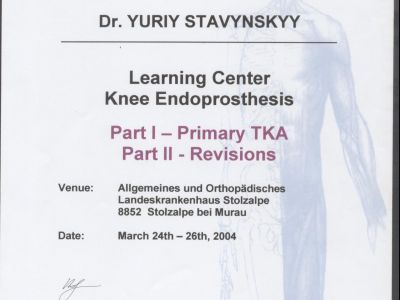 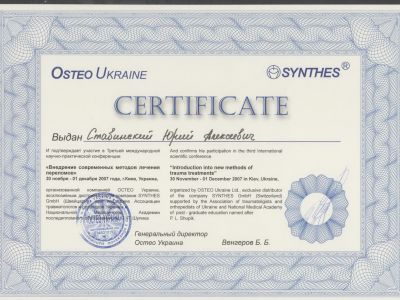 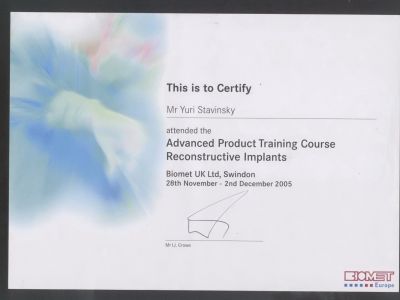 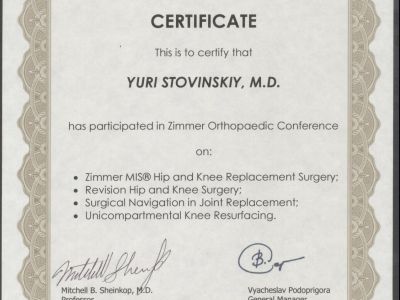 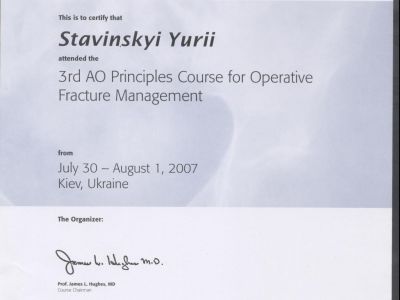 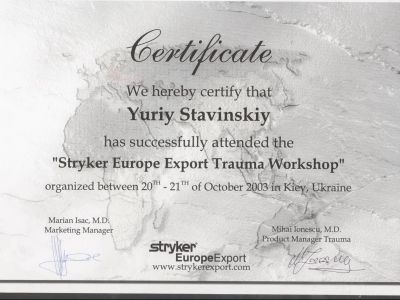 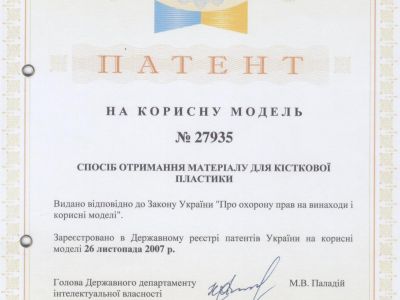 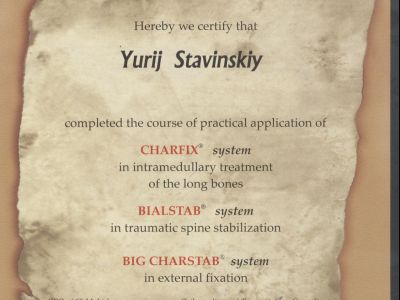 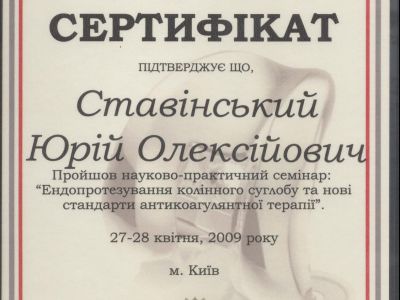 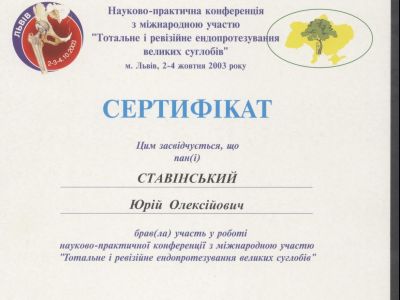 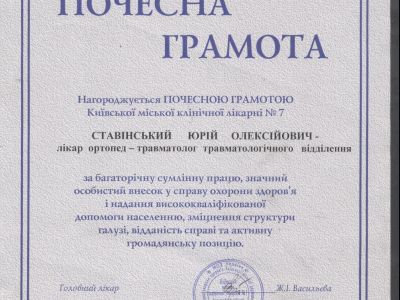 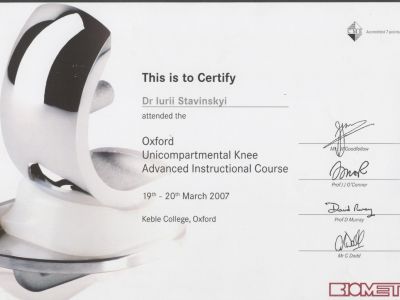